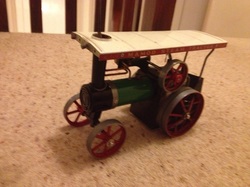 This was my first engine that kicked my intrest in steam off.
this is a playworn example which is in good condition from being sat in the grandparents loft for 20 odd years as it was previously my dads.

this is an excellent runner and one of my favourite's. 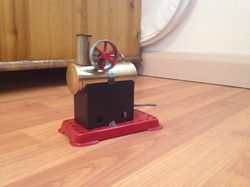 I was given this engine as a 15th birthday present by my Dad.
This was restored by myself, due to a very poor previous restoration.Stupidly I did not bake the paint after painting and the burner leaked some meths on to the paintwork and ruined it, so I will give the base a touch up when I have the time. 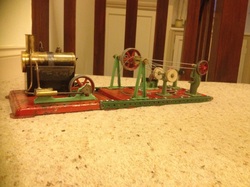 This was my second engine, it was purchased from ebay for £32.
Its condition is very play worn condition and has been incorporated in to a Meccano/Mamod workshop. 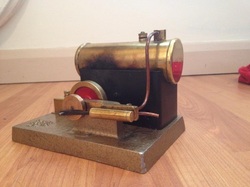 The Court Lodge mk1 is based on the AM (Albury Manor) MK4.

IT was designed by Geoffrey Weller and Roger Williamson, who were the metalwork teachers at Court Lodge Secondary School in Horley.

Lots of the parts are similar to the Albury Manor engine, but the CL is comparatively smaller. 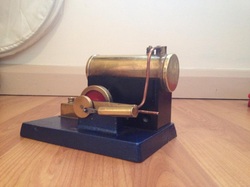 One of the last three made and built by myself, using the original patterns and under the guidance of Mr Williamson. 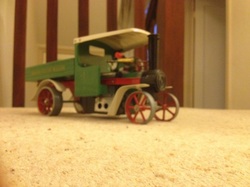 A birthday present from the Grandparents.

I have only fired it once, due to the condition. 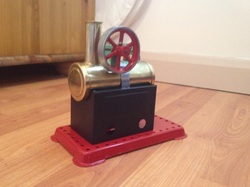 I have recently restored it back up to its former glory, but I am still yet to run it. 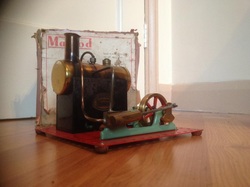 Purchased from MF Steam back in September 2013.

It retains its original decal and paint which is in very good condition for age.

The engine is complete with box and inner-packaging.